After the Slovak Metal-Band Galadriel released their
seventh album “Renascence Of Ancient Spirit”, we had the chance to
interview the band. The questions were asked by dark-festivals.de
editor Stefan Fruehauf and answered by Galadriel-singer and -bass
player Dodo Datel in an interview-chat.

This is the english original text of the interview.

Have fun to read the interview! 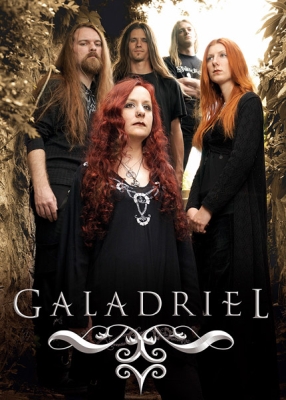 The name of your Band is Galadriel. Does this name refer to Galadriel, queen of the elves, from Lord Of The Rings or does it refer to something else?

Yes, the name of our band came from the art of Mr. Tolkien, from Lord Of The Rings. In 1995, when we founded the band, we were fascinated by the world this author created. There were some other names from this story, but we finally choose Galadriel…

Did this fascination for fantasy-worlds influence the lyrics of Galadriel?

We wrote some songs with lyrics from fantasy worlds, but I must say I prefer to write more about my own feelings and reactions to the world around me. I need to sing my thoughts from my heart and it’s hard to do that through a fantasy world, but sometimes I need to escape…

Do the band members of Galadriel write the lyrics together or do you write them alone?

I write usually all lyrics, but sometimes Witch – our female vocalist – brings her own words. After I write some lyrics, the others from the band tell me their opinions… and sometimes I can change some words.

By which musicians and bands is your music influenced?

Oh, it’s very different in our band, because we listen to so much music. My favorite bands are for example Rotting Christ, Amorphis, Samael or Within Temptation… and many others of course. But usually we compose our music together in our rehearsal room and try to create our own sound and atmosphere. 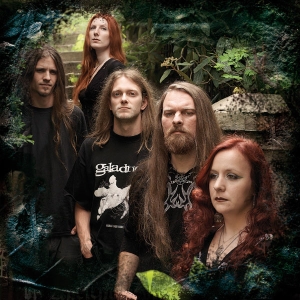 Are there any artists you would like to work together with any day?

I don’t know. I’m satisfied with the musicians in Galadriel and I look forward to compose new songs. Maybe I would like to cooperate with Sakis of Rotting Christ on some music, but it is not my priority.

Which countries would you like to travel with your music?

Hmm, so we will come anywhere where some people will be interested to listen to our music. I would like to go to Scandinavia. There is very nice nature in these countries and play some shows there would be a very pretty experience.

Your latest album “Renascence Of Ancient Spirit” deals with nature a lot. Is nature in general imporant for you?

Yes, very imprtant! The nature of our planet is dying more quickly then we awaited. And we – mankind – are not so rigorous to avoid this destructions. There are many other things which are more interesting for the rulers and therefore is the situation of the Earth’s nature so bad… That’s sad! 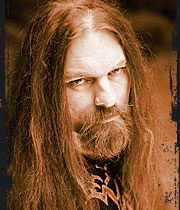 Is there a big Metal scene in your home-country Slovakia?

Here in Germany and also in the Scandinavian countries are a lot of Metal-Bands who use folkloristic instruments like flutes or bagpipes in combination with their Metal-Sound. Is there something like that in Slovakia, too?

I must say no. Some bands tried to import some celtic or medieval elements, but it was not so extensive like in Germany or Scandinavia where the bands build their music on this medival elements. Our folklore is not so much adaptable to metal music.

The history of Galadriel goes back to 1995. What was the best concert, Galadriel ever played in all that years?

Uff, it’s hard to say. There were many really good shows (and bad too). So, best shows are usually at the “home stage” in Bratislava, where we can prepare the sound and where people create really fantastic atmosphere.

Is there anything you would like to say to our readers?

Yes, please visit our website and listen to our music. I hope you will like that. Have a nice time. Thank you. www.galadriel.sk , www.myspace.com/galadrielmetal